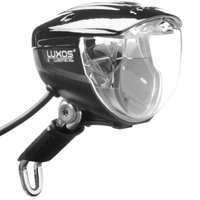 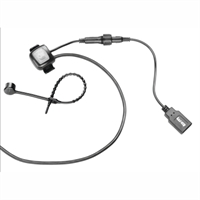 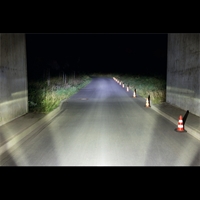 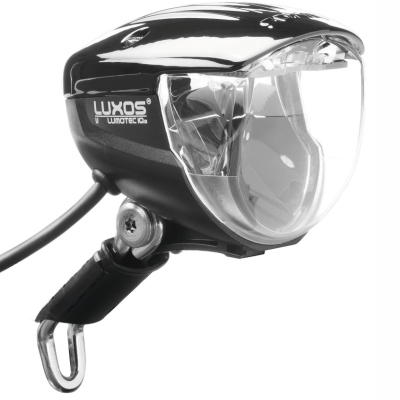 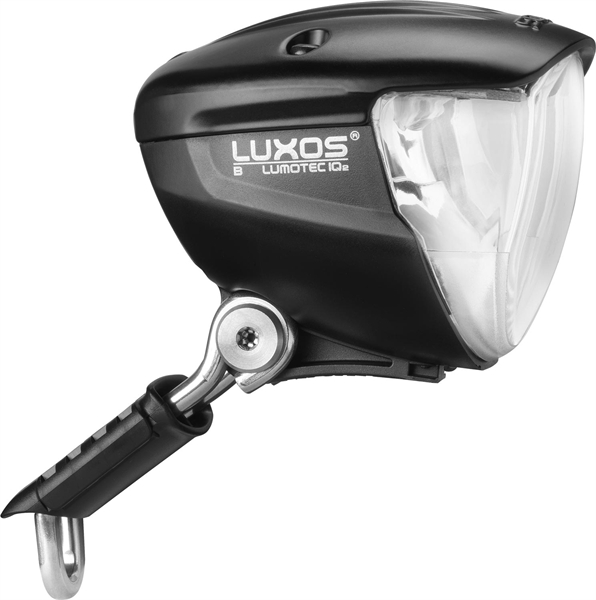 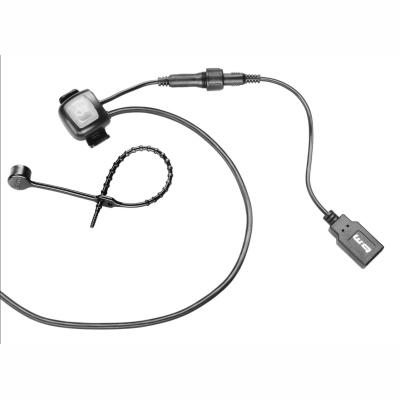 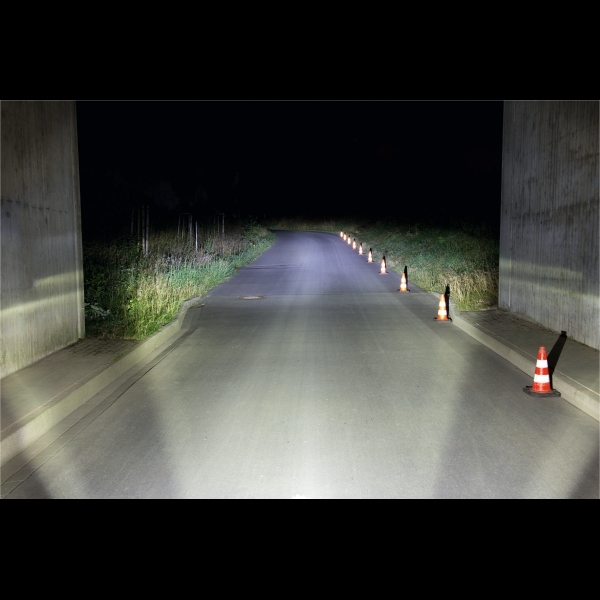 Description Evaluations 0
Description
The first LUMOTEC with IQ2 technology. Gigantic power. New features.The desire to light was... more
Close menu
Product information "Busch & Müller frontlight Lumotec IQ2 LUXOS U"
The first LUMOTEC with IQ2 technology. Gigantic power. New features.The desire to light was never so great.
IQ2 technology
With the new lighting and reflector design Busch & Müller sets the bar for Dynamo LED headlights higher than ever: 70 lux, light box twice as wide as before, by a multiple large-scale, maximum homogeneous. Dynamo Generated light penetrates into a new dimension - as wide, so far so spotlessly bright.
Panorama low beam
The light box excellent and wide as ever: addition immediately before the bike and even next to bicycle up over the edge of the roadway. Technology: additional special LEDs, electronically controlled.
Floodlight
The full power of all light sources. Ideal for difficult road sections in deep darkness. switched by pressing a button. Function in the light: headlight flasher. At dark the prior: full light.
USB charging option
USB socket integrated in the handlebar switch. Loading USB mobile devices (mobile phone, GPS receiver, MP3 player) with USB power. The integrated headlamps buffer battery (s. U.) Maintains constant charging current.
Handlebar switch
Now you control your light directly. Because all important light functions can be switched on the handlebars: ON / OFF, floodlight, headlight, etc.
Integrated lithium backup battery
The additional current memory is used for peak demand periods and for the charging current. Recharges while driving constantly. The charging status is indicated on the handlebar button via LED.
LIGHT24. The daytime running lights
After front-firing signal LEDs. The sensor automatic switches automatically in daylight to maximum daytime running lights in the dark on maximum driving light.
Sidelights automatically
The specific LEDs are targeted at security perception. Can be switched off on the handlebar switch.
Taillight Surveillance
A control LED on the spotlight constantly shows whether a connected rear light is functioning properly.
With attachable front reflector.
Fully compliant with German Road Traffic Regulation
PLEASE NOTE: Notes on the USB charging via LUXOS U: Basically for loading with the LUXOS U: The integrated buffer battery that supplies the charging current and maintains a constant, not only has the task of providing a USB device. He also supplied the flood and parking light. To fully charge the backup battery, you have about 20 minutes at a speed over 17 km / h without connected USB device - and when switched lighting system - drive. Thus the Luxos is optimally prepared for operating / charging a USB device within its means.
The LUXOS U is not comparable to a normal mains charger for mobile devices; he supplies end devices with power. In current applications, this can for charging rich, with strong power consumers it is enough sometimes just to slow unloading. The higher the driving speed, the more charge current is potentially available. At slow speeds, the buffer battery in the charging mode can charge ever since the Dynamo limited provides energy available (about 3 W at a speed of about 15 km / h). Some mobile phones however, use up to 5 W. This means that the buffer battery is first charged without power is supplied via the USB output. Once a certain power level is reached, the USB output switches to. If the mobile phone empties the battery, the power supply via USB output at its minimum charge level is switched off again, and the buffer battery is only recharged again. Thus it comes to interruptions, which indicate some USB devices with the 'start of charging noise'.
Related links to "Busch & Müller frontlight Lumotec IQ2 LUXOS U"
Evaluations 0
Read, write and discuss reviews... more
Close menu
Customer evaluation for "Busch & Müller frontlight Lumotec IQ2 LUXOS U"
Write an evaluation
Evaluations will be activated after verification.
Similar products Customers also bought Customers also viewed
Similar products 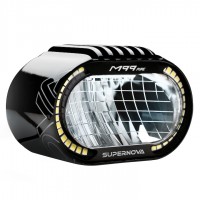 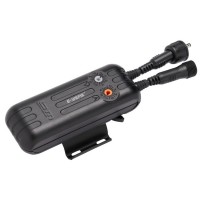 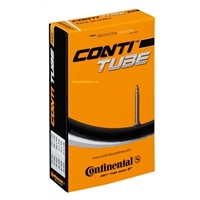 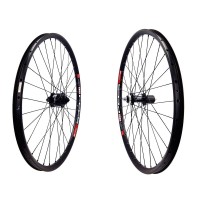 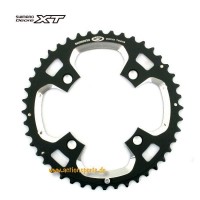 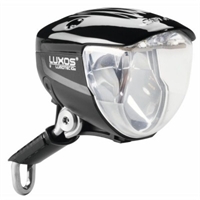 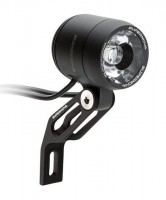 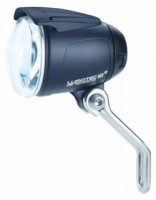 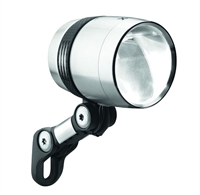 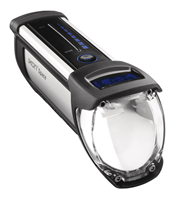 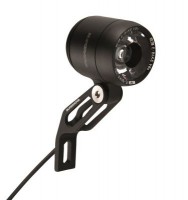 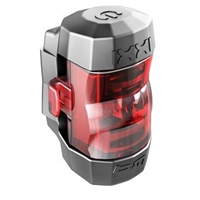 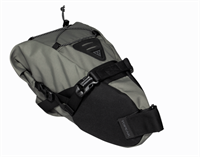 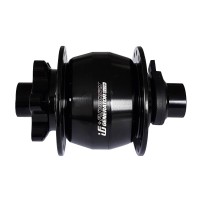 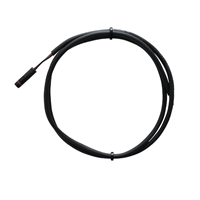 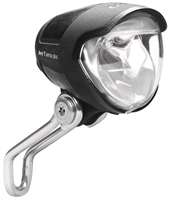 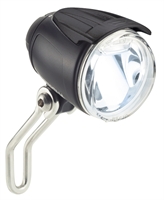 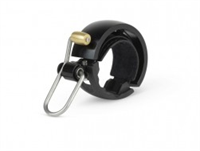 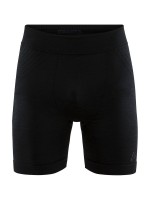 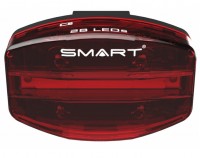 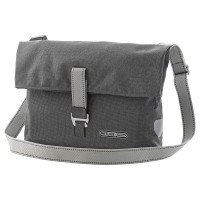 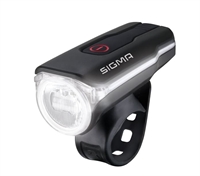